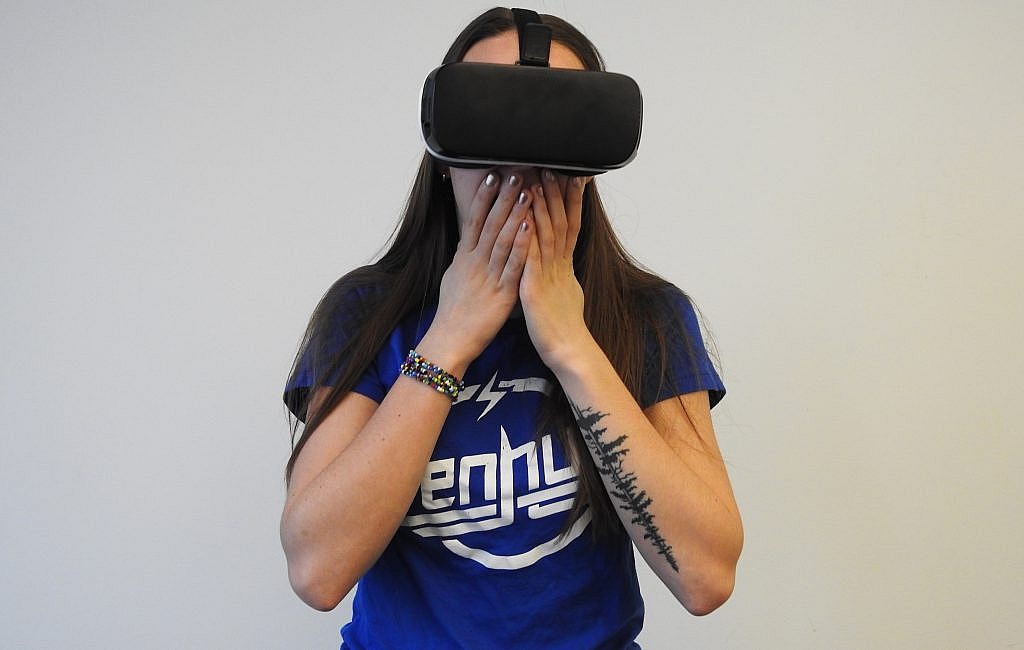 Virtual Reality (VR) is a rather new, unexplored yet rapidly growing industry. While it’s mainly associated with games, that’s not all VR is about.

There are some really interesting VR apps that provide the user with an experience they cannot find on any other platform. Whether you have just bought an expensive VR headset or are just stepping into it by using your smartphone, there are numerous VR apps all suited for different tastes and people.

Let’s put on our VR headsets and dive right in! (Careful not to break anything in your living room)

Remember when Google Earth came out? Everyone was so eager to view their own homes, places they know and places they wanted to visit. Google expeditions carry this to the next level by allowing people to visit famous tourist attractions right from their living room. You can visit famous attractions such as the Eiffel Tower, or museums such as the Natural History Museum in London. The best part is you can tour around these locations in a full VR experience. You won’t need an expensive VR headset for Expeditions, just put your smartphone inside your Google Cardboard and dive into it.

While it debuted in 2016, Allumette still holds its relevance as the first VR short movie masterpiece. It’s a full VR Movie experience where you get to explore the story unfolding around you.The story takes place in a beautiful city floating among clouds filled with stop motion characters. You experience the story by walking around, peaking inside houses and following the main character. There’s no speaking in the movie, but there doesn’t have to be any. Allumette with every single one of its aspects is truly a masterpiece that anyone who is curious about VR should watch at least once.

Really? Youtube? You’d be surprised if we told you that Youtube is one of the leading VR platforms. There’s so much content to consume on Youtube that it was worth mentioning among the best VR apps you should check out. Same goes for Netflix as well. Just like Youtube, Netflix has been pumping out massive volumes of VR content without charging its users an extra penny. Experiencing your favorite TV shows by getting immersed in VR sounds and turns out great.

You’ve either heard of or played games like Guitar Hero, Tap Tap Legends. While they were immensely popular for their time, Beat Saber is what those games thrived to be. If you like music, light sabers and/or VR, (you probably like at least one) you have to try out Beat Saber. It’s not as popular as it’s predecessors, but that’s on VR really, not on the game. You simply wield two light sabers in a 3d tunnel where blocks come flying towards you. They are synced with the music that is playing and to fully play the song, you have to slice through these blocks at the right moment. Think of Guitar Hero, but instead of hitting the buttons on your guitar at the right time, you slice and dice with your cool light sabers. Now that’s what we’d call fun.

Probably one of our favorite apps in this list. New York Times has been actively working on its own VR content. As far as we have checked it, they have done an incredible job. Instead of experiencing news and articles by watching 2d videos or reading articles, you get the chance to dive right into them and experience them in a way that was unimaginable just a couple years ago.One of the greatest aspects of NYT VR is that it updates daily with new videos. Usually these videos are quite short. On average, you get to watch videos that are only a couple minutes long. But there are tons of them and all of them are done perfectly.

While not for everybody, Quill was the VR app that we got excited the most about. Quill is a VR illustration and animation app that helps designers and artists create stunning and living illustrations and stories. The creation part is done entirely in VR. So rather than designing your piece through an interface, you’re inside your illustration. Now that is as immersive as something can ever get. While Quill can be used through the entirety of your project, it’s also a great tool for concept design, pre-visualization and storyboarding. In simpler words, Quill is the wet dream of any visual artist.

Probably one of the most popular VR apps out there, Incell is an educational VR game that on paper helps you understand the human body by making you race through human cells. We say ‘on paper’ because it’s more of a racing game than an educational game. The game is playable in Google Cardboard or has a non-VR version which isn’t interesting at all. The game gives you different missions such as escaping from a virus, vaccinating a cell and it does it with some great humor that, for an educational game, it never gets boring. Incell is both a great game and a perfect entry point into VR games considering it’s quite easy to play. Above all else, it’s free.

Within is an entire universe of VR that is waiting to be tapped into. It’s a platform where you can find VR experiences and stories from diverse settings. You can watch animated short movies, delve into peculiar adventures or watch documentaries created strictly for VR. Within provides a solid platform of VR content collected from VR content creators from all across the globe.

Aircar is an interesting one. It’s classified as a VR game. But, it’s not actually a game, it’s more like a demo. Don’t let that discourage you. It’s truly a magical experience. Aircar is not a fully completed because it has no objectives, progress or story. Other than that, its quality surpasses many other VR games.Aircar allows you to pilot a flying car in a Bladerunner inspired city and explore it. The environment, the ambiance of the game is truly unique and immersive. Nothing beats piloting through a cyberpunk inspired city at night while it’s raining. Best part is that it’s for free. So, there’s nothing stopping you from trying it out.

As you might have noticed by now, we love interesting and immersive VR apps over wave-based shooters which is the prevalent genre in VR. Kingspray is one of the VR games that stood out for us. Simply put, it’s a graffiti simulator. But it’s also much, much more than that. The environments, the controls, and the amount of detail truly are breathtaking. Getting started with the game is quite easy as it’s extremely intuitive. Especially the amount of effort put into making spraying as close to reality as possible has paid off. Kingspray Graffiti is an excellent way to get immersed and lose track of time.

While not necessarily a VR app, Fulldive is a great platform for anyone who wants to delve deeper into VR.  Fulldive VR is a VR app and video platform designed specifically for mobile VR. There are tons of apps and videos to pick from. So, if you use your smartphone as your VR device Fulldive will probably be on your phone.

All in all, it is obvious that VR is an exciting field. Although many consider it to be in its infancy, the road ahead seems quite exciting. All of the VR apps we suggested above are quite unique and provide truly immersive experiences. So, what are you waiting for, go ahead and get immersed!

You may also enjoy the following articles